How to install a short throw shifter 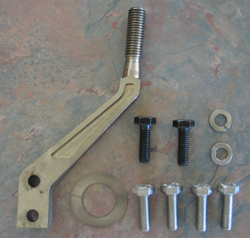 ​
REMOVING THE FACTORY SHIFTER
Note: this install is shown on my 1997 Cobra. Fox owners will have more work involved with accessing the shifter bolts due to console interference. You can grind the console away for bolt clearance with a dremel tool or something similar, or you might remove the console entirely. '86 & earlier owners will be removing the console for sure. 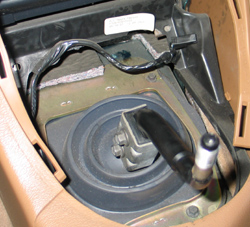 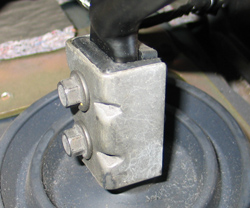 Here is a closeup of the main reason the factory shifter feels rubbery; the handle is isolated in rubber (imagine that!). This keeps the shifer handle quiet & gives the trans a smooth feeling while shifting, but is not the best way to a direct connection while changing gear ratios, especially during the heat of battle. 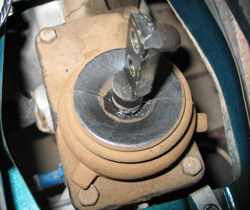 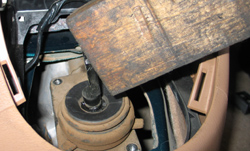 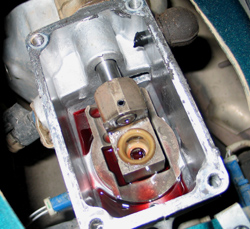 5. Make sure the plastic bushing is still in the transmission where the shift lever moves the gear selector. If it is not there, look for on the end of the shifter, as sometimes it comes out still attached to the lever. 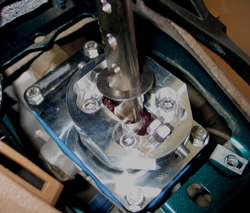 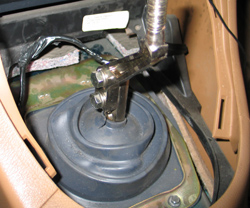 11. Place the BootGuard washer over the shift lever. (The large washer slips over the top of the lever and slides down until it sits on the step in the lever.)
12. Place the inner shift boot over the shift lever until it rests on the BootGuard. (This is the rubber boot which bolts to the transmission tunnel, not the rubber boot which was attached to the factory shifter.) Reinstall the inner boot with the four factory bolts.
13. Install the new shift handle at the desired position with the two bolts (8mm x 25mm long) and lock washers provided. Tighten bolts securely with a wrench. It is recommended that the handle be installed in the higher position for the greatest driver comfort. For the shortest throw, install the handle in the lower position.
**I gotta tell ya, I initially set it up for the shorter throws. I can take it, I figured. I'm hard core. I installed the shifter on a Sunday afternoon; during my lunch break on Monday, I was out in the parking lot, moving that sucker up to the higher position. Like I said, hard core.** 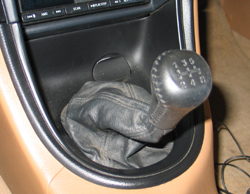 14. Install the console cover plate, shift boot and knob.
**Important: Always use an anti-seize compound on the threads if installing an aluminum shift knob. (I'm in Arizona; the last thing I need is a metal shift knob. Besides, the factory Cobra knob rocks.)**
There we go, all done! It took maybe an hour, & makes a world of difference in the way the car feels. I'm looking forward to not lifting off the gas during upshifts on my next trip to the track!
You must log in or register to reply here.
Share: Facebook Twitter Reddit Pinterest Tumblr WhatsApp Email Link